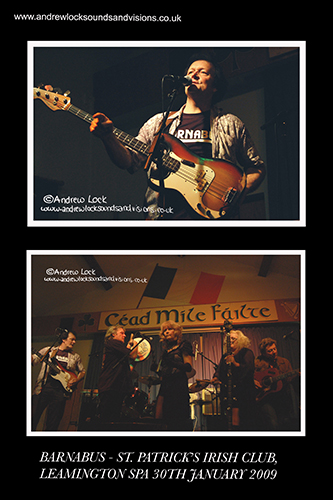 With Leamington rock band Barnabus, formed way back in 1970 having an Album Launch gig in Warwick next month it seemed a good time to look back to my only show by the band at St. Patrick's Irish Club, Leamington Spa back in 2009.
This big gig takes place on the night of Friday 20th March at the Nelson Club in Warwick with support by the Jaykays, tickets available behind the bar of the Nelson Club (ask for Clint) with only 140 available.